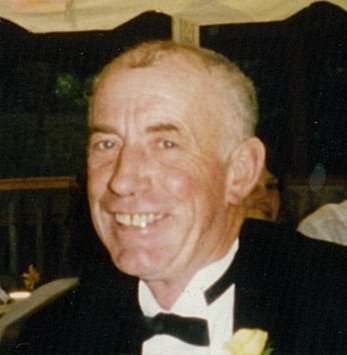 Willis B. Knight of Brussels, passed away at Huronlea Home for the Aged on Monday, January 23rd, 2012. Born in Listowel on November 5th, 1941, Willis was in his 71st year. Willis was the husband of the late Barbara Stiles (November 12, 2008) and will be sadly missed by his daughters Judy and Dennis Becker of Mildmay and Patty and Corrie Dummitt of Sarnia, and his grandchildren Alyssa, Cassidy, Brody and Bryce. Dear brother of the Reverend Ken and Aileen Knight of Goderich, Jim and Dona Knight of Brussels, Jack and Donna Knight of Brussels, Harry Knight of Toronto, Leslie and Yvonne Knight of Cranbrook, Helen Steele of Stratford, Marilyn Cooper of Windsor, Dorothy and Peter Fischer of Stratford and Murray and Silvia Knight of Cambridge. Also loved by his many nieces and nephews. Predeceased by his parents Gordon and Elsie (Smith) and sisters Berva and Wilma. Friends will be received by the family at the Schimanski Family Funeral Home on Thursday, January 26 from 1 PM till the time of the funeral service at 3 PM with the Reverend Elwin Garland of Melville Presbyterian Church officiating. Interment in Brussels Cemetery this coming spring. As an expression of sympathy, memorial donations may be made to the Huronlea Auxiliary or to the charity of one's choice.
To order memorial trees or send flowers to the family in memory of Willis Knight, please visit our flower store.