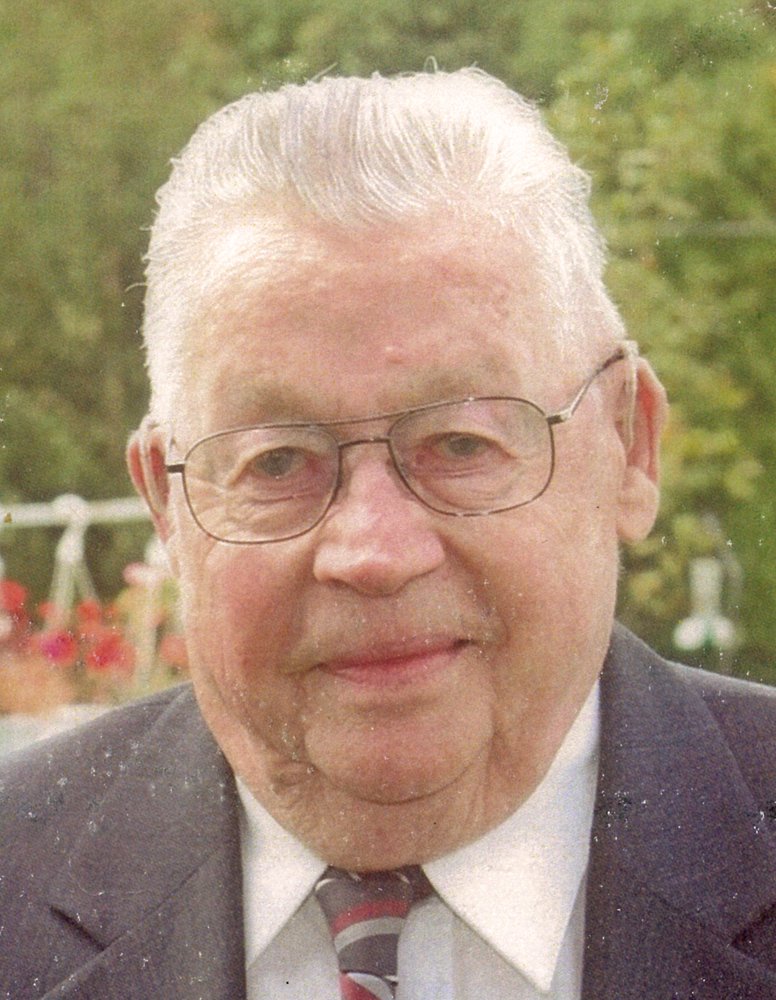 William Joseph "Bill" Kellington of Brussels passed away peacefully at Huronlea Home for the Aged on Thursday, May 25th, 2017. Born in Brussels on December 29th, 1926, Bill was in his 91st year. Bill will be sadly missed by his sons Larry and his wife Bonnie of Springfield, Robert (Bob) and his wife Marguerite of Brussels, Murray and his wife Stephanie of Brussels, Brian and his fiancé Jan Dietner of Norwich and Kevin and his wife Rose of Brussels. Predeceased by his wife Gertrude Florence Riley on February 26th, 2016 (whom he married in November of 1946), his daughter Joyce Jacklin in 2014, his daughter in law Nadine Kellington in 2012, and siblings Grace, Norma and George. Bill is also survived by his sisters Donna Bow and Shirley Shields, his son in law Don Jacklin, his grandchildren Stephen, Tammy, Sherry, David, Janice, Tom, Kim, Jason, Joel, Brittany, Brandon, Bridget, Victoria, Mitch and Logan as well as numerous great grandchildren and many nieces and nephews. Cremation has taken place. Family and friends will be welcomed at Brussels United Church one hour prior to a memorial service being held on Saturday, June 3rd at 1:00 PM. As an expression of sympathy, memorial donations to Brussels United Church would be appreciated by the family.
To order memorial trees or send flowers to the family in memory of William Kellington, please visit our flower store.