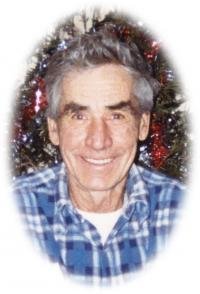 Ronald Frederick Gordon, of RR#2 Blyth, passed away at Seaforth Manor Nursing Home on Wednesday, November 29th, 2006. Born in Grey Township on April 13th, 1924, Ron was in his 83rd year. Beloved husband of the late Dorothy (Bird) Gordon Dear father of Murray Gordon of RR#2 Blyth, Brenda Sowerby and her friend Steve Radford of Auburn, Joyce Dow and her husband Alvin of Staffa, and Dianne Paradis of British Columbia. Dear grandfather to Donna Peachey and her husband Richard of Brussels, Donald Payne of Belmore, Scott and Shawn Dow of Staffa, Laura Sowerby of Auburn, and Terry Paradis of British Columbia and great grandfather of Cassidy, Dawson and Mason. Predeceased by his parents Robert & Sarah Frances Gordon and brothers Jack & Bill. Friends will be received by the family from 7 to 9 PM Friday and 2 hours prior to the funeral service being held at the Schimanski Family Funeral Home, on Saturday, December 2nd at 3:00 PM with Reverend Cathrine Campbell officiating. Cremation to follow with interment in Brussels Cemetery. As an expression of sympathy, memorial donations may be made to Canadian Cancer Society or the Lung Association.
To order memorial trees or send flowers to the family in memory of Ronald Gordon, please visit our flower store.