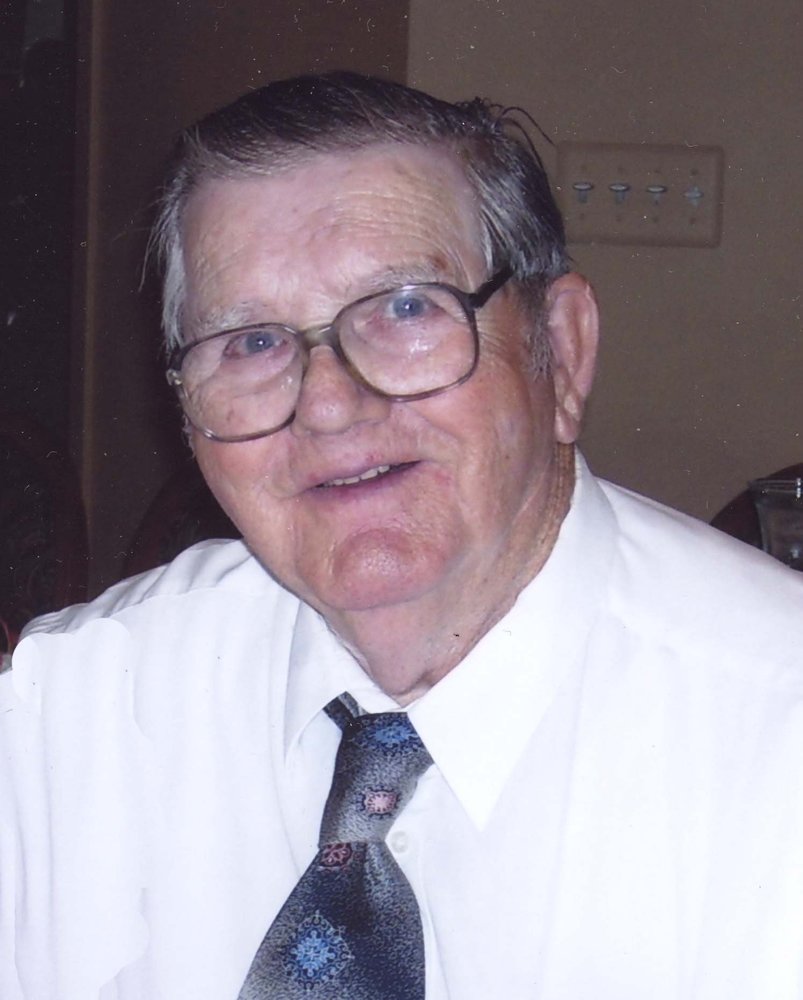 Lloyd William John Weber of RR#2 Brussels passed away at Victoria Hospital, London, on Friday, February 22nd, 2008. Born in Deemerton on December 31st, 1927, Lloyd was in his 81st year. Beloved husband of Vera (Cardiff) Weber of 58 years. Dear father of Patricia and Patrick Moran of Listowel, Bruce and Sharon Weber of Kitchener, JoAnne and Rob Johnson of Salford, John and Brenda Weber of Palmerston and Bill Weber and John of London. Dear brother of Jean and Henry Seiling of London, Verna Weber of RR#2 Brussels, Nelson and Wendy Weber of Ceylon, Dorothy and Ron Dill of Stratford, and Ken and Dale Weber of South River. Also loved by his 14 grandchildren, 10 great grandchildren and 2 great great grandchildren. Predeceased by his Great granddaughters Kassandra Johnston and Amelia Nelson, his brother Lorne and sisters Florentine Weber, Beatrice Weber and Ruth Kennedy. Friends will be received 2 hours prior to the funeral service being conducted from the Schimanski Family Funeral Home on Wednesday, February 27th, 2008 at 2:00 PM. Cremation to follow. As as expression of sympathy, memorial donations may be made to the Heart & Stroke Foundation of Ontario.
To order memorial trees or send flowers to the family in memory of Lloyd Weber, please visit our flower store.