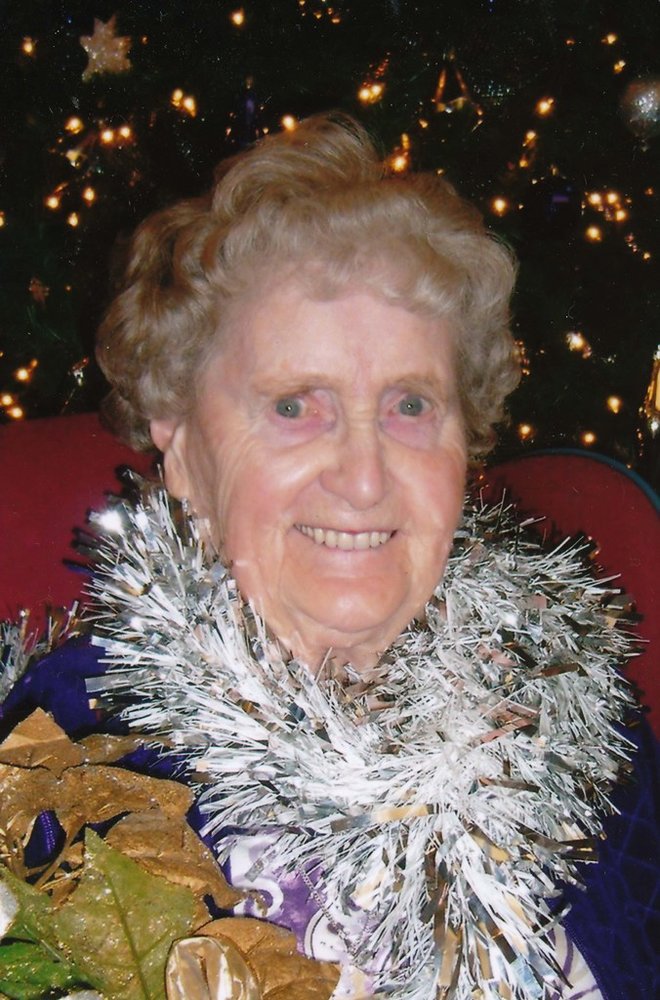 Johanna (Annie) Terpstra of Greenwood Court Stratford passed away peacefully Thursday December 20, 2012 surrounded by the love of her family. Beloved wife of the late Nicolaas Terpstra (1992). Loving Mother of Emma and Henk Boersen, Charles and Catherine, Julie and Martin Van Bakel, Nick and Catherine, Herman and Rosemary, Joe and Miriam, Joanne De Brabandere, Mary Terpstra and Mike Terpstra; son in law Bill Van Nes and daughter in law Hennie Terpstra. Oma welcomed and cherished 56 grandchildren and 152 great grandchildren. Johanna was predeceased by her children Helen (1976), Margaret Van Nes (2000), Ben (2005), and Patricia Armstrong (2011); grandchildren Mary Terpstra (1972) Nick Van Nes (2001) and Brian Terpstra (2010) and great-grandchildren Kathleen Van Bakel (1993) and Alexandra DeGroot (2008). Survived by siblings Nic Krijnen and Emma de Dood; predeceased by 15 brothers and sisters. Parish Prayers will be held Friday December 21, 2012 at 1:30pm at St. Ambrose Catholic Church,589 Fishleigh Road, Brussels, to be followed by the family receiving friends from 2-4pm and 7-9pm where the Mass of Christian Burial will be celebrated on December 22, 2012 at 11:00am at St. Ambrose Catholic Church. Burial in St. Ambrose Cemetery, Brussels. Donations in memory of Johanna can be made to Canadian Food for Children, St. Ambrose Building Fund or the charity of your choice.
To order memorial trees or send flowers to the family in memory of Johanna Terpstra, please visit our flower store.