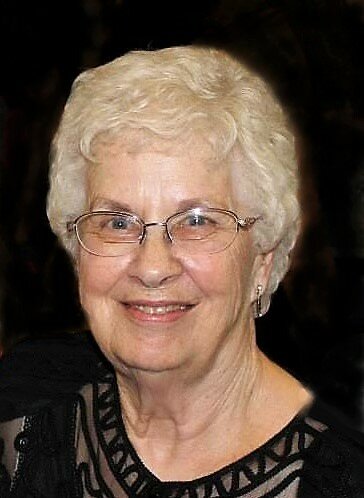 Peacefully at Huronlea Home for the Aged in Brussels, Ontario, Isabel Pearson, in her 95th year.

She is survived by her dear sisters-in-law Audrey Cardiff of Brussels and Barbara Cardiff of Sarnia, daughter-in-law Mary Fischer of London and many nieces and nephews.

Isabel was the oldest child of Albert and Florence Cardiff of Grey Township.  She married George Pearson in 1946 and lived on lot 20, 4th concession of Grey Township until moving to Ethel in 1949 where she and George ran a successful hardware business.  In 1957 they sold the hardware store and purchased Lot 19, Concession 8, Grey Township where they managed a livestock operation until 1982 when the farm was sold to son Bill.  George and Isabel loved to dance and were regular attendees at Parkview Gardens in Listowel.  After George passed in 2003, Isabel continued to enjoy an active social life in Listowel with many of her friends.  She remarried in 2012 to Ken Wilbee, ironically the leader of the orchestra whose music she and George enjoyed for many years.

Isabel was a kind woman who gave of herself unconditionally to her children and grandchildren, and contributed generously to her community through numerous activities including United Church Women, 4H, and the Woman’s Institute.  She made the best steam pudding every Christmas, and the tastiest coleslaw featuring her own secret salad dressing recipe!  She is greatly missed by her friends and family but will be happily reunited with her friends and relatives in the great beyond.

In lieu of flowers and as expressions of sympathy donations to the Huronlea Volunteer Auxiliary would be appreciated.

To order memorial trees or send flowers to the family in memory of Isabel Wilbee, please visit our flower store.