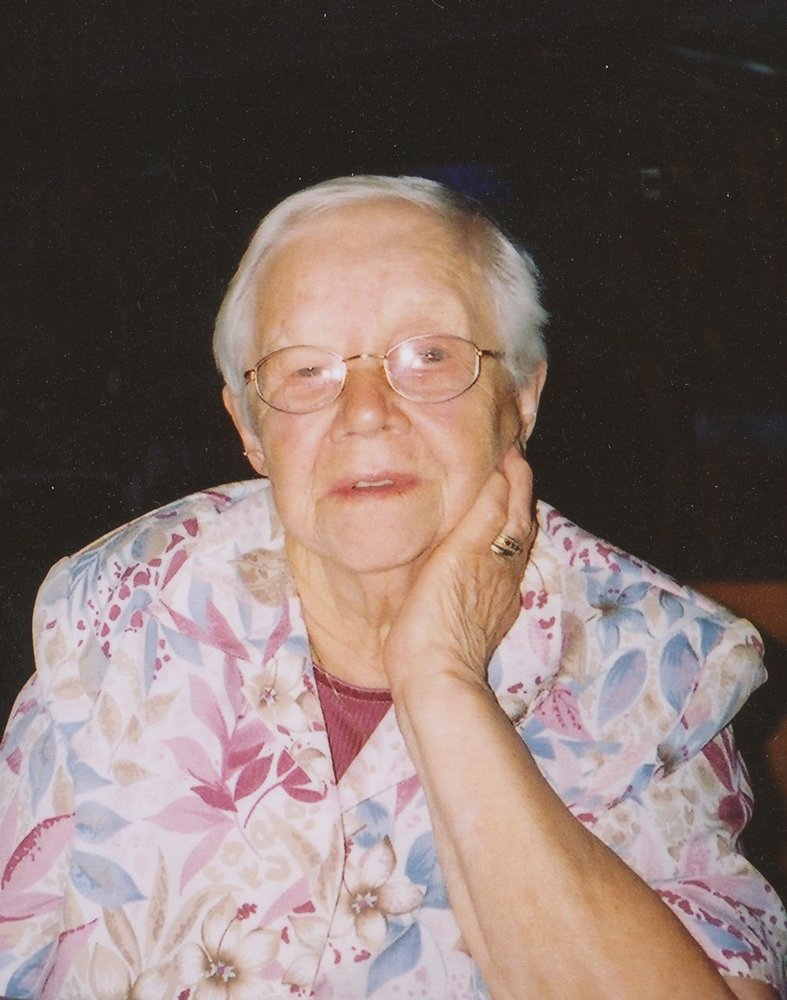 Isabel Alcock of RR#3 Brussels, passed away at Clinton Pubic Hospital on Wednesday, January 14th, 2009. Born in Morris Township on June 25th, 1917, Isabel was in her 92nd year. Loving wife of the late John Henry Alcock. Dear mother of Bill and Helene Alcock of Goderich, Betty Daer of Clinton, Ross and Cora Alcock of RR#3 Brussels and Murray and Barb Alcock of Goderich. Dear sister of Jean Storey of Stratford, June Schroeder of Crediton and Joan Baxter of Florida. Also loved by 16 grandchildren, 30 great grandchildren, 7 great great grandchildren and her daughter in law Carol. Predeceased by her son Ken and son in law Joe Daer. Friends will be received by the family from 2 to 4 and 7 to 9 PM Friday from the Schimanski Family Funeral Home. The funeral service will be conducted from St. John's Anglican Church on Saturday, January 17th at 11:00 AM with Reverend Perry Chuipka officiating. Spring interment in Brussels Cemetery As an expression of sympathy, memorial donations may be made to St. John's Anglican Church or the charity of one`s choice.
To order memorial trees or send flowers to the family in memory of Isabel Alcock, please visit our flower store.