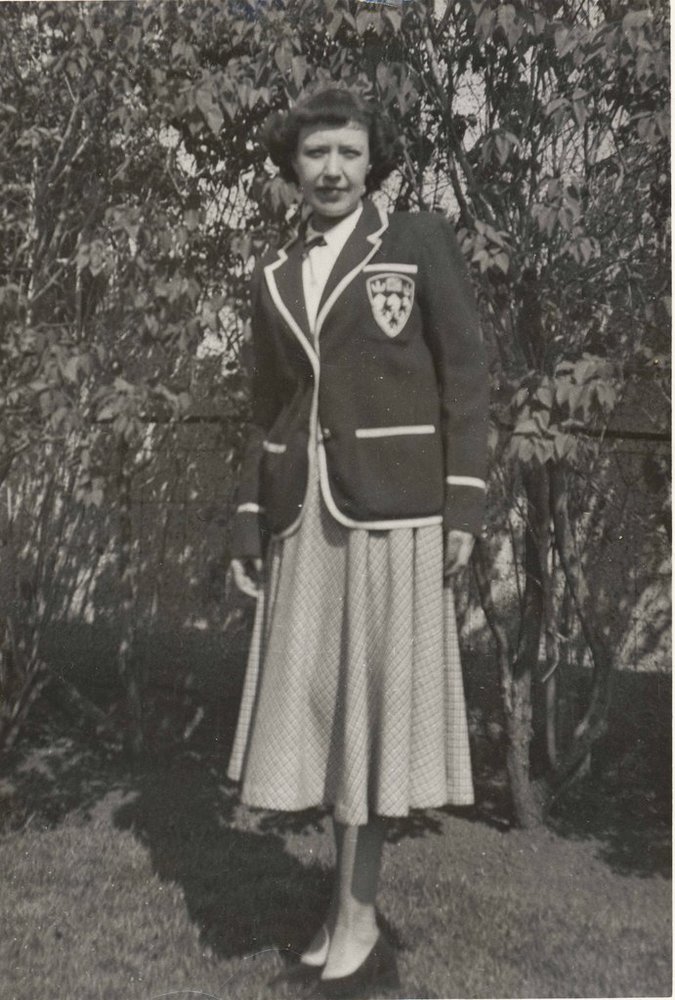 Irene Margaret (Brown) Low passed away peacefully on Wednesday, May 16th, 2012 at Huronlea Home for the Aged. Born in Montreal on April 13th, 1919, Irene was in her 94th year. As one of four children growing up during the Depression, Irene left high school to go to work to help the family. At the onset of World War Two she enlisted in the Royal Canadian Air Force as a Corporal serving from June 1942-January 1946. After leaving the Air Force, Irene completed high school and was then accepted to McGill University. During her university years, Irene also held down a full time job at night, and was a camp councilor. After graduation from McGill, Irene then went traveling through Europe with some of her university chums. While in England, Irene met her future husband Eric. They were married in Paris, lived for a time in England then returned to Canada and started their family. Eventually becoming a single mother of two children and a third adopted child, Irene secured a position in Finance at Pratt and Whitney Aircraft. While raising her children alone and working for 20+ years at Pratt - Irene climbed the corporate ladder and became supervisor of Experimental Records Department. Highly respected and liked by all who knew her Irene was a pioneer of Women's rights long before it was fashionable. She well represented her generations valued qualities of Honesty, Morality, Service and Charity. Irene's hobbies and interests included; Skiing, Reading, Gardening and Teaching Sunday School. She has left us Strong and Loving Guidelines to live by ........We honor and Commemorate her each day with our love, Admiration, and deep thanks for enriching our lives - She will always be with us on our own life Journey. Irene was the wife of the late Eric Low and will be sadly missed by her children Wendy and Glenn Holmes of Acton, Cynthia Low and Grayson Farner of Belgrave and Ian Campbell Low. Also loved by her grandchildren Jared Holmes, Tristan Holmes, Robin Holmes and Claudia Irene Holmes. Predeceased by her sister Ida and brothers Gordon, Benjamin and David. Cremation has taken place. Irene's Life will be celebrated from the Schimanski Family Funeral Home on Wednesday, may 23rd at 1:00 PM officiated by Mr. Don Vair.
To order memorial trees or send flowers to the family in memory of Irene Low, please visit our flower store.