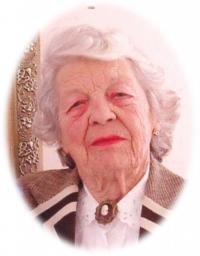 Florence Helen (Douglas) Gibson, of Howick Township, passed away peacefully at the Fordwich Village Nursing Home on Thursday, December 14th, 2006 in her 89th year. Beloved wife of the late Robert Gibson (1997). Dear mother of Doug and Joan Gibson of Orangeville, Chuck and Brenda Gibson and Bob and Genevieve Gibson all of Kitchener. Dear grandmother of Courtney, Lindsay, Ashley, Colby, Brent, Tyler and Kierra and great grandmother to Cameron and Ashley. Also loved by her brother Jack Douglas of Fordwich. Predeceased by her sister-in-law Willa. Friends will be received by the family from 2 to 4 and 7 to 9 PM Sunday at the Gorrie Visitation Centre of the Schimanski Family Funeral Home. The funeral service will be conducted from Fordwich United Church on Monday, December 18th at 2:00 PM with Rev. Sharon Lohnes and Rev. Jeff Hawkins officiating. Interment in Fordwich Cemetery. As an expression of sympathy, memorial donations may be made to the Canadian Red Cross or the charity of one�s choice.
To order memorial trees or send flowers to the family in memory of Florence Gibson, please visit our flower store.