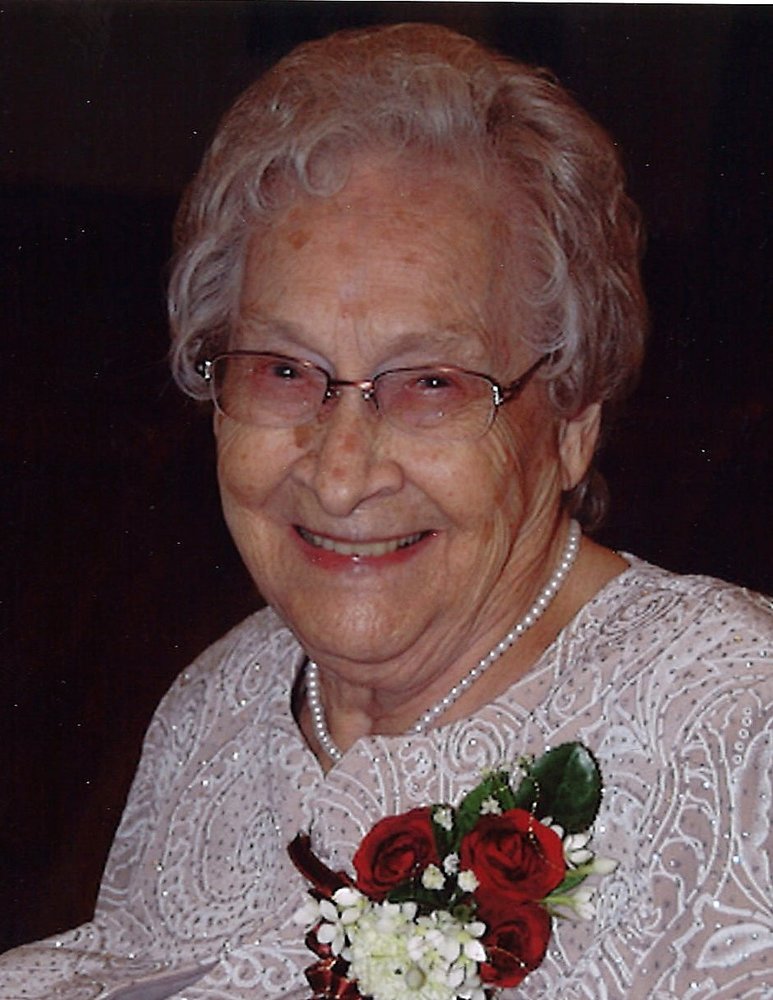 Passed away peacefully with her daughters by her side at Huronlea Home for the Aged on Saturday, November 18th, 2017. Erma was in her 100th year.

Sister to Lula McDougall. Sister-in-law to Marjorie Gray. Missed by many nieces and nephews.

Friends and family will be received at Riverside Funeral Home on Monday, November 20th for visitation from 7-9 p.m and Tuesday, November 21st from 10 a.m. until time of Funeral Service at 11 a.m.

In lieu of flowers and as expressions of sympathy donations to the Community of Christ or the Alzheimer’s Society of Huron County would be appreciated. Cards of Sympathy may be forwarded to Box 340, Brussels.

Condolences may be left a www.riversidefuneralhome.ca

To order memorial trees or send flowers to the family in memory of Erma Amanda Mary Williamson, please visit our flower store.