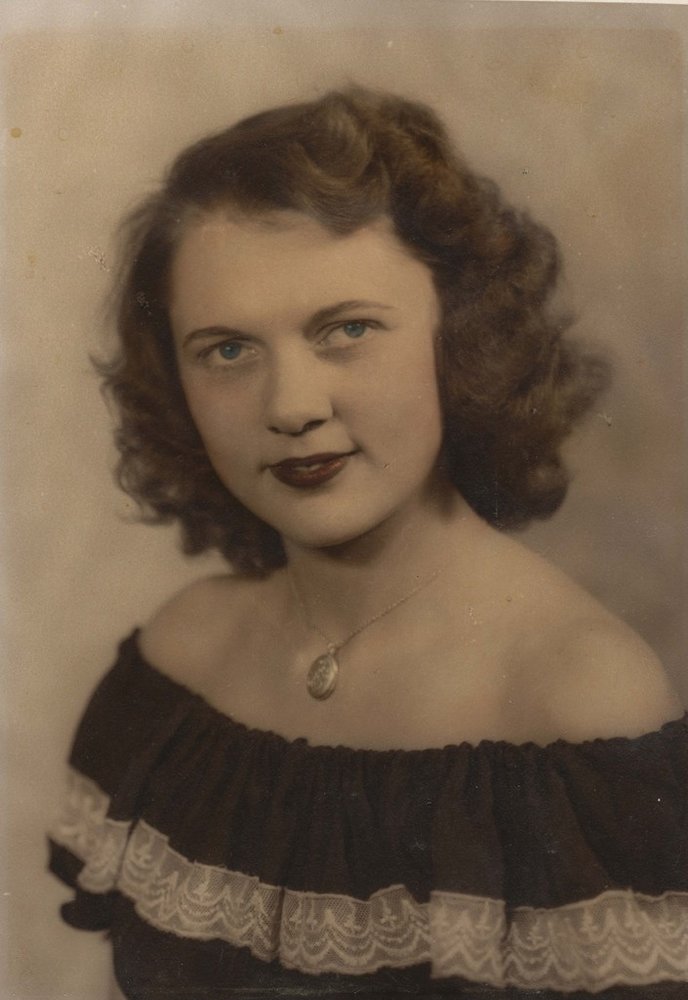 Erleen D. (Rever) Baylor of Burlington passed away at Oakville - Trafalgar Memorial Hospital on Thursday, September 6th, 2012. Born in Howick Township on September 19th, 1929, Erleen was in her 83rd year.  Erleen was the beloved wife of 62 years to Neil Baylor and will be sadly missed by her children Tanis and Mike McCleary of Hamilton, Valarie and Gary McMahon of Millgrove, Danica and Paul Fletcher of Kamloops, B.C. and Mark and Sarah Baylor of Waterdown. Also loved by her sister Joyce and Art Weitendorf of Owen Sound, her brother in law Lloyd Herman of Owen Sound and sister in law Joyce Rever of Midland, her 10 grandchildren and 2 great grandchildren. Predeceased by her sister Fay Herman and brother Jerry Rever. Friends will be received by the family 2 hours prior to the funeral service on Wednesday, September 12th at 3:00 PM being conducted from the Gorrie Visitation Centre of the Schimanski Family Funeral Home, 2050 Victoria Street, Gorrie.  Burial to take place in Gorrie Cemetery.   As an expression of sympathy, memorial donations may be made to The Alzheimer Society of Guelph-Wellington.
To order memorial trees or send flowers to the family in memory of Erleen Baylor, please visit our flower store.