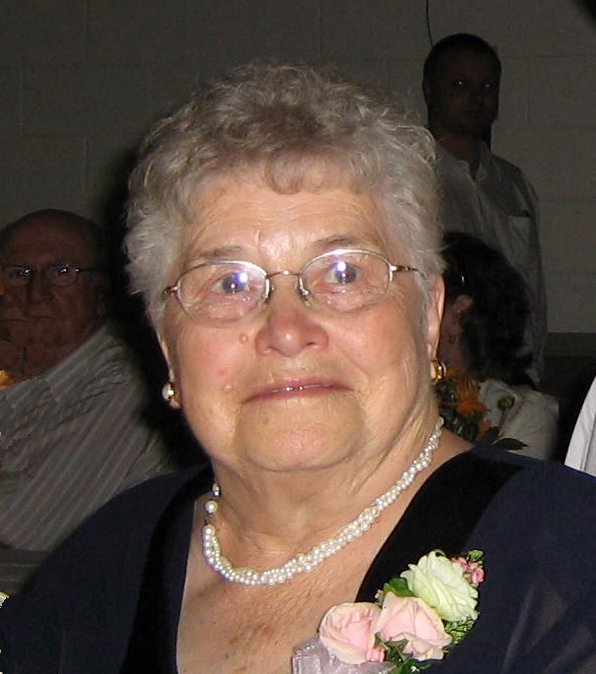 Elizabeth "Betty" (Raymond) Gowing of Brussels passed away at Huronlea Home for the Aged on Tuesday, January 27th, 2015. Born in Saskatchewan on March 8th, 1923, Betty was in her 92nd year. Betty was the beloved wife of the late Carl Gowing and will be sadly missed by her children Thelma and Peter Roberts of Kemptville, Rosemary and Dave Wheeler of RR#4 Goderich, Dave and Lynda Gowing of Guelph, Neil Gowing and his friend Wendy of Neustadt, Nancy and Bruce Corrigan of Nova Scotia, Ken and Nancy Gowing of Brantford and Paul and Jacquie Gowing of Bluevale. Dear sister of Bob Raymond of Seaforth and Esther McCutcheon of Brussels. Also loved by her cousin Dick Davidson of Regina, her 15 grandchildren and 14 great grandchildren. Predeceased by her sisters Priscilla Bray, Pat Davis, Winnifred Bell; her brothers Derek Raymond and Harold Raymond and daughter in law Susanne. Friends will be received from 7 to 9 PM Sunday, February 8 at the Schimanski Family Funeral Home, Brussels, where the funeral service will be conducted on Monday, February 9th at 2:00 PM officiated by Reverend Perry Chuipka of St. John's Anglican Church. Spring interment at Brussels Cemetery. As an expression of sympathy, memorial donations to St. John's Anglican Church or the charity of one's choice would be appreciated by the family.
To order memorial trees or send flowers to the family in memory of Elizabeth Gowing, please visit our flower store.