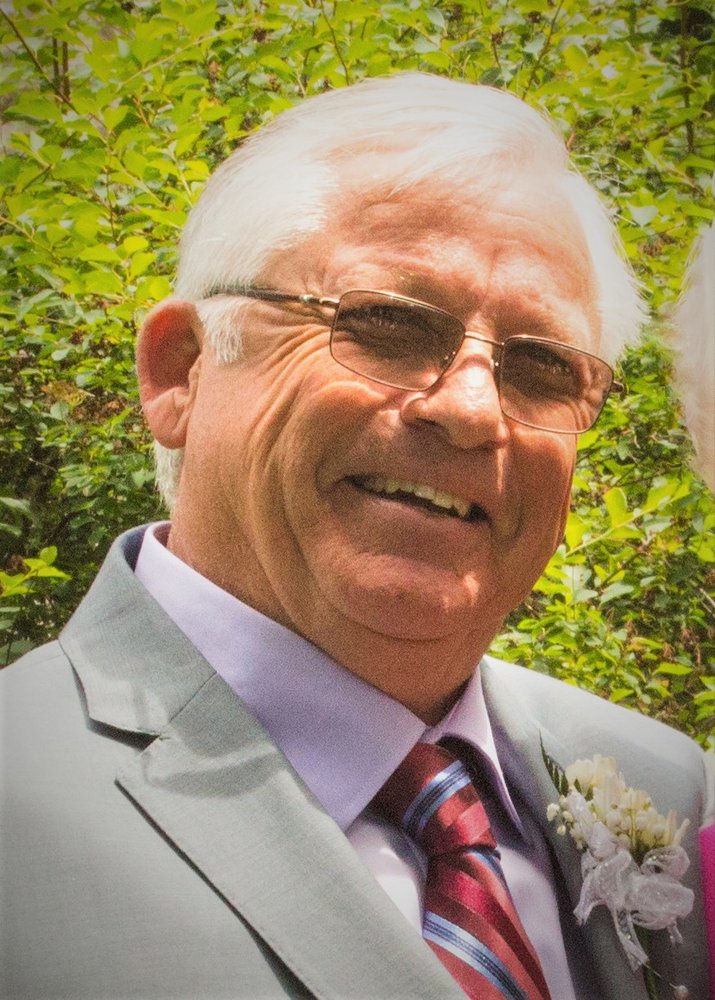 Robert (Bob) Kellington of Brussels, born June 22, 1950, passed away suddenly of a heart attack on Friday, May 22nd, 2020 in Kitchener in his 70th year. Beloved husband of Marguerite Thomas. Loving Dad to Kimberley and John Sherwood of Grassy Plains BC and Thomas and Angela Kellington of Mitchell; step-daughter Vicki and Marc Martel of Oshawa and step-son Michael and Marilyn Benninger of Burlington. Grandfather of Austin, Alexandrea, and Chance Kellington and David Sherwood. Special “GranBob” to Nicole and Joseph Martel. Bob will be sadly missed by brothers Larry and his wife Bonnie of Springfield; Murray and his wife Stephanie of Brussels; Brian and his wife Jan of Norwich; and Kevin and his wife Rose of Brussels and brother-in-law Don Jacklin of Brussels. Bob will be fondly remembered by many nieces and nephews. Predeceased by his first wife, Nadine Dennis (2012), sister Joyce Jacklin (2014), mother Gertrude (2016), father William (Bill) (2017) and grandsons James (1996) and Logan (2005). Bob was known as a very sweet man, “an absolute gem”, who was always friendly and cared deeply about others. Bob was very active in the community of Stratford where he worked at Hendrickson’s and for Ontario Drive and Gear. In his earlier years, he traveled with his late wife to perform missionary work in Haiti. When he moved back to Brussels to care for his elderly parents in 2012, his generosity continued, doing many kindnesses for others, including sharing his special toaster tongs and jar openers. Bob had a beautiful singing voice, serenading Marguerite on their wedding day and singing for funerals and special occasions. He was an active member of the United Church and choir, the Royal Canadian Legion, President of the Brussels Lions Club, caretaker of the Brussels Medical Centre and Brussels United Church, huge supporter of the Canadian Food Grains Bank, involved in the Brussels Leo fundraising, a recipient of the Huron-Perth Remarkable Citizen Award and more. In recent years, he did gardening and yard work for others and he absolutely loved gardening in the back yard. With Marguerite, he fully enjoyed sharing the bounty of the harvest of fruits, vegetables and herbs. He claimed that he tolerated, but did not love, Billie the Cat, whom he fed, talked to and gave treats to daily. Cremation has taken place. There will be a private family graveside service on Thursday May 28th, 2020 officiated by Pastor Sandra Cable. Family and friends are invited to participate in a drive-by visitation on Thursday May 28th in front of Riverside Funeral Home from 2-4 pm. Please respect the funeral homes policies during this time by not leaving your vehicle and following the visitation route, which is as follows: east on Dunedin Dr. turning right on Burgess Street, turning right onto Alfred Street and following to the right up Albert Street in front of the Funeral Home. The procedures set out by the Bereavement Authority of Ontario will be strictly enforced during this time. As an expression of sympathy, memorial donations to the Brussels United Church and the Canadian Food Grains Bank would be greatly appreciated. Cards of sympathy may be sent to Box 214, Brussels N0G 1H0 Condolences may be left at riversidefuneralhome.ca
To order memorial trees or send flowers to the family in memory of Bob Kellington, please visit our flower store.