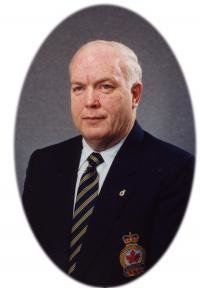 Bill Cane Bill Cane of Gorrie passed away peacefully in his sleep at home on Thursday, November 16th, 2006. Born in Verdun, Quebec on August 13th, 1936, Bill was in his 71st year. Beloved husband of Joan. Dear father of Bill Jr. in Hanover and Helen Kestner and her husband John of Mt. Forest. Loving Papa to Joshua and Joelle. Also loved by his sisters Adele Walker and husband Richard of Georgetown and Elizabeth Cane of Montreal. Bill was predeceased by his parents, a brother and a sister. Bill served with the Royal Canadian Signal Corps and part of the UN forces in the Belgian Congo in 1963. He was a proud member of the Howick Legion No. 307 RCL for many years and also a dedicated volunteer with the Canadian Diabetes Association through the Huron - Bruce chapter. Cremation has taken place. A Legion Service under the auspices of Howick Legion No. 307 RCL, will be conducted at the funeral home at 1:00 PM on Monday, November 20th, which will be followed by the family receiving friends until the Celebration of Bill�s Life being conducted at 2:00 PM officiated by Reverend Father Brad Beale. Bill�s cremated remains will be interred in Mont Royal Cemetery, Montreal, at a later date In lieu of flowers, memorial donation may be made to Howick Legion No. 307 RCL or the Canadian Diabetes Association.
To order memorial trees or send flowers to the family in memory of Bill Cane, please visit our flower store.