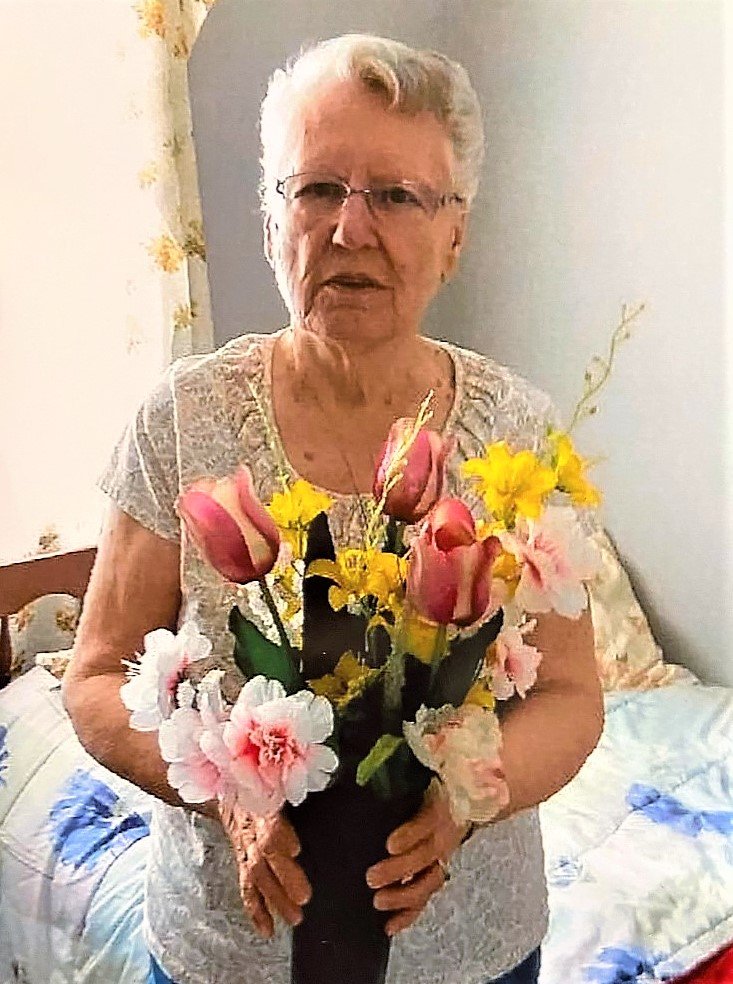 Born August 18th, 1938 passed away peacefully on December 4th, 2020 at her home in Listowel, Ontario. Predeceased by her loving husband Eldon Wick, her parents Ross and Tilley Engel, brothers Mont, John, and Barry Engel, brother in law Ron McClory, and sister in law Dianne Engel. Isabel is survived by children Ron & Sharon Watson of Wroxeter, Patti & Rob McCombe of Calgary and John & Mary Wick of Wroxeter. Also survived by 10 grandchildren and 7 great grandchildren, as well as sisters Gayle (Ken) Dewar, Faye (Campbell) Grant and Dianne McClory, sister in law Pat Engel and her adopted sister Loretta (Irving) Baziuk. Also fondly remembered by many close friends from both northern and southern Ontario. Cremation has taken place. A private service will take place in the spring. In lieu of flowers and as expressions of sympathy donations to the Canadian Cancer Society would be appreciated. Condolences may be left at riversidefuneralhome.ca Arrangements entrusted to Riverside Funeral Home, Brussels.
To order memorial trees or send flowers to the family in memory of Annie Isabel Wick, please visit our flower store.